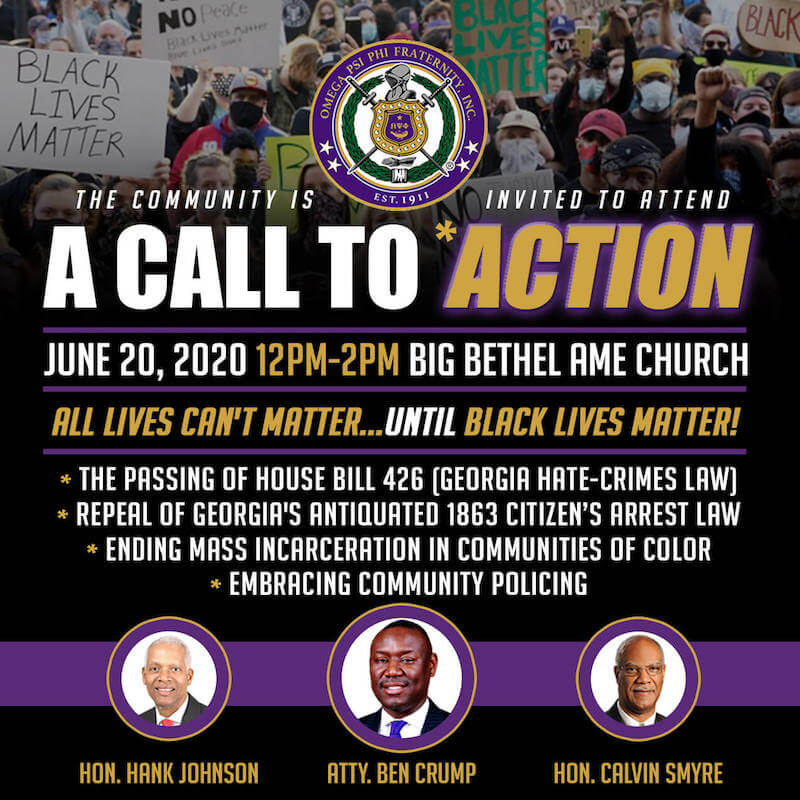 The Metro Atlanta Council of Omegas invites our community out to a march on Saturday, June 20.

The theme for the march is “All Lives Can’t Matter…Until Black Lives Matter'”  and the focus will be on the following:

The march will begin at Big Bethel AME Church and end at John Wesley Dobbs Plaza.  ALL ARE INVITED.